You may have heard about the recent $100 million settlement reached between Uber and its drivers:  http://fortune.com/2016/04/21/uber-drivers-settlement/.  In that class action lawsuit Uber’s “driver-partners” claimed that they should be classified as employees, rather than independent contractors.

But there is another class action and it may impact you and other people who use Uber to get around town.  That lawsuit, Spencer Meyer v. Travis Kalanick, was filed in federal court in the Southern District of New York in 2015.  The plaintiff, an Uber rider (rather than an Uber driver), just notched a pair of significant victories.

First, on March 31, 2016, United States District Judge Jed Rakoff denied the defendant’s motion to dismiss:  http://www.bloomberg.com/news/articles/2016-03-31/uber-antitrust-lawsuit-over-pricing-green-lighted-by-judge.  The plaintiff alleges that Uber’s smartphone app allows drivers all over the country to agree with Uber and with each other to charge only the prices set by Uber.  Judge Rakoff agreed that these allegations are plausible, stating:  “The advancement of technological means for the orchestration of large-scale price-fixing conspiracies need not leave antitrust law behind.”

Then, on May 7, 2016 Judge Rakaff denied the defendant’s motion for reconsideration, clearing the way for the lawsuit to proceed:  http://www.law360.com/articles/794251/rakoff-won-t-reconsider-ruling-in-uber-ceo-antitrust-suit.

The lawsuit is proceeding against Travis Kalanick, Uber’s founder and CEO, rather than Uber itself, but it has the potential to impact Uber’s way of doing business.  The plaintiff alleges that Uber’s business model – designed, implemented and used by Mr. Kalanick – is a price-fixing conspiracy because all driver-partners agree that they will charge the fares dictated by Uber, rather than setting their own fares and competing with one another on that basis.  According to the plaintiff, the agreement to charge only the prices set by Uber violates antitrust laws, including the Sherman Act.

The plaintiff points out that a former company called Sidecar, which previously competed with Uber in the market for mobile app-generated ride sharing, did allow its drivers to compete with each other on price.

You can read the complaint and other legal documents from the case at https://www.pacermonitor.com/public/case/10157534/Meyer_v_Kalanick.

Who will be affected? 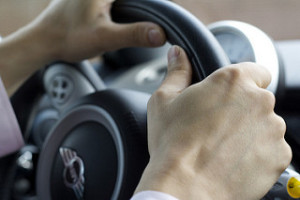 The complaint alleges a national class of “all persons in the United States who, on one or more occasions, have the Uber App to obtain rides from Uber driver-partners and paid fares for their rides set by the Uber pricing algorithm.”  If you have used the Uber app and paid for your own ride, that’s you!

There is also a national subclass known as the Surge Pricing Subclass.  That subclass includes “all persons in the United States who, on one or more occasions, have used the Uber App to obtain rides from Uber driver-partners and have paid fares for their rides set by the Uber pricing algorithm that included surge pricing.”  If you’ve ever paid more than Uber’s standard pricing during a surge period, you are a member of both the national class and the national subclass.

The classes have not yet been certified by the Court.  The parties need to first exchange and review each other’s documents, take testimony from witnesses and present proof to the Court.

Cafferty Clobes Meriwether & Sprengel LLP is representing the Plaintiff in this lawsuit on behalf of Uber riders.  If you used Uber and paid for your own ride, please contact us regarding any potential claims you may have.