Do you or did you own an iPhone 7 or 7Plus? Has your phone started to display a grayed out Voice Memos icon, a grayed out “speaker” button during phone calls, or intermittent freezing? Has the problem devolved into the phone getting stuck on the Apple logo instead of powering on? Then your iPhone may be suffering to something known as “loop disease.” Don’t worry though, as you are not alone! 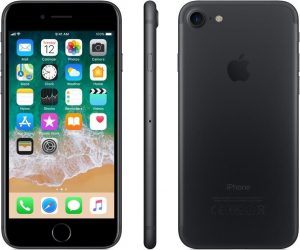 Thousands of other iPhone 7 and 7Plus owners across the country have been experiencing the same problems with this “loop disease.” The loop disease can be identified by an audible static while attempting to use the speakers on one’s iPhone. The effects of the loop disease, however, can reach far beyond a disruption in an iPhone’s audio performance—the loop disease can also cause the iPhone to struggle to turn on and a failure of the Voice Memo application.

Apple has known about this problem for at least a year, as Vice News did a feature on the problem. Moreover, customers complained across a multitude of platforms, including on online forums, with technicians, and on Apple’s own website. Comments include: END_OF_DOCUMENT_TOKEN_TO_BE_REPLACED