Everyday life has changed drastically since the COVID-19 pandemic has enveloped the world.  As states and countries move to address the pandemic, countless live events have been canceled.  As a result, thousands of StubHub, Inc. customers have discovered that StubHub is no longer refunding the purchase price for tickets to canceled events, after changing its policies to deny users the refund they expected to receive.

StubHub was founded in 2000, and it has quickly grown into the “largest ticket marketplace with tickets available for over 10 million live sports, music and theatre events in more than 40 countries.”  StubHub created the secondary ticketing sponsorship category by partnering with professional sports teams and leagues, universities, and entertainment venues to become the exclusive secondary ticket partner for those entities.  Today there are few, if any, events that you cannot purchase a ticket to through Stubhub.com. 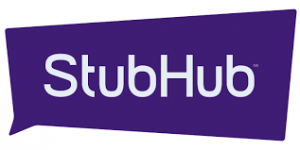 One of the biggest reasons consumers purchase secondhand tickets through StubHub is because the company claims that “every order is 100% guaranteed” through its FanProtect policy.  Sports fans and concert-goers use StubHub for its transparency and its trusted marketplace.

As the country has had to adjust to the realities of the coronavirus, many sports leagues and promoters canceled games, concerts and festivals.  Notably, professional sports leagues were quick to cancel their games.  Major League Baseball canceled the remaining spring training games and much of the beginning of its 2020 season.  The NCAA canceled its men’s and women’s basketball tournaments shortly before they were set to start.  Bands have canceled their tours, and music festivals across the country have canceled this year’s installment of their annual events.

As these cancellations began, StubHub appeared to be honoring its long-standing FanProtect guarantee by refunding individuals for tickets purchased for canceled events.  However, during the pandemic, StubHub inexplicably and retroactively changed its refund policy.  StubHub no longer offered customers a full refund.  Instead, the new policy called for StubHub to provide a credit worth $120% of the original purchase price that the customer could use for future purchases through the website.

One StubHub customer explained the situation well, “I don’t understand how StubHub can change its refund policy on the fly?”  The user, identified as jmatyniak, continued to explain the situation they were in. “When I purchased tickets back in November they were 100% refundable on cancellation! The policy should stand from the time of purchase.  I have a $3500 ticket purchase pending and I can’t get any type of update from StubHub, even though its widely known the event has been canceled.”

Essentially, StubHub is trying to pass on its losses to consumers while ignoring its longstanding refund guarantee.  This is particularly appalling when millions of Americans, including over 2 million Californians, lost their jobs because of the COVID-19 pandemic.

In general, it is unfair that some companies are not offering refunds for tickets to their canceled events, such as the South by Southwest festival in Austin, TX.  StubHub’s actions are even more appalling because amid this worldwide crisis it has reversed course on a policy it has had in place for years.  It made the change retroactively as well.  Like the StubHub customer quoted above, most customers bought tickets when the FanProtect guarantee was in place, fully expecting that if the event was canceled their money would be refunded.  Now, StubHub is trying to enforce its greedy new policy on transactions that occurred when the refund guarantee was in place.

In an email sent out in early April, StubHub tried to sugarcoat its actions.  The email explained that its new policy allows buyers on its platform to receive 120% of the value of the purchase price for a canceled event that users can apply to future ticket purchases.  Although receiving an extra 20% of the purchase price may seem appealing, it is not even clear when Americans will be able to attend live events again.  This extra 20% of what is essentially a “store credit” does nothing for the individuals who need the cash now.  Meanwhile, StubHub is able to sit on the fees and profits earned from these purchases.

StubHub’s should not be allowed to continue its actions.  StubHub’s customers purchased the tickets with the guarantee of a refund and should be able to receive the benefit of purchasing tickets through StubHub, including the guarantee of a refund for canceled events.  The company should stand by its original promises to its customers, instead of denying customers the money they spent on canceled events and may need now more than ever.

The attorneys at Cafferty Clobes Meriwether & Sprengel LLP are currently investigating a potential class-action lawsuit against StubHub on behalf of California residents.  The attorneys at CCMS are experienced in handling class actions around the country.  CCMS  works to hold companies, like StubHub, accountable for their actions.  If you are a California resident and purchased a ticket for a canceled event through StubHub, it may be worth contacting CCMS to discuss your situation.