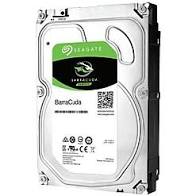 The Western Digital Drives with SMR are:

Some of the Toshiba drives use SMR as well, including:

What is most infuriating is that Seagate representatives have acknowledged that these hard drives contain SMR. Despite this admission, none of the information provided to consumers discloses that the drives use SMR.  Customers must contact the companies in order to find this out, even after they purchased the drives.

Customers have been complaining about the poor performance of the drives in their system. One customer explains: “WD and Seagate are _both_ shipping drive-managed SMR (DM-SMR) drives which don’t report themselves as SMR when questioned via conventional means. What’s worse, they’re shipping DM-SMR drives as “RAID” and “NAS” drives This is causing MAJOR problems – such as the latest iteration of WD REDs (WDx0EFAX replacing WDx0EFRX) being unable to be used for rebuilding RAID[56] or ZFS RAIDZ sets: They rebuild for a while (1-2 hours), then throw errors and get kicked out of the set.”

Many customers’ networks are not designed to use drives with SMR, which uses a slower write function and causes issues with their NAS or RAID networks.

If you have experienced issues with any of your Seagate or Western Digital hard disk drives it may be a result of the companies not disclosing that their drives use SMR, which is not compatible or appropriate for certain networks.  To fix this problem you may have to purchase all new drives for your system.

If you have purchased a Seagate, Western Digital or Toshiba hard drive not knowing it used SMR, it may be time to consult an attorney regarding your legal options.  The attorneys at Cafferty Clobes Meriwether & Sprengel are experienced in handling consumer class action lawsuits and are currently investigating a potential class action against Seagate, Western Digital and Toshiba for their failure to disclose the true technical nature of these hard drives.

If you are interested in discussing this issue in more detail, you can contact CCMS to discuss your options and whether it is appropriate to join a class action against the companies.