As mobile smartphones have become more advanced, they have also become more fragile (the author does not remember being particularly worried when she dropped her Nokia 3310).  With each advancement in security, screen quality, data speed, and so forth, something else is sacrificed—durability, size, and/or battery life.  Most people with smartphones, such as Apple’s iPhone, have probably experienced an issue with their mobile phones at some point during ownership.  Speaking from experience—the author of this blog post has cracked the screen of every smartphone she has ever owned.

Upon damaging their phone, many consumers look to third parties to conduct repairs, as such repairs are often significantly cheaper than repairs through the manufacturer.

One issue for which consumers have sought third party support is Touch ID sensor issues related to the iPhone 6 and 6s.  For example, many have speculated that the Touch ID sensor feature on the new Apple iPhone 6 and 6s are prone to causing phone issues, such as the touch screen becoming unresponsive, the fingerprint sensor not registering when users are attempting to use it, and the home and lock buttons failing to work as expected.

Some iPhone users corrected Touch ID sensor problems by having the sensor replaced at third-party repair stores, as it is often significantly cheaper than repair through an official Apple store.  According to Apple, that is where the problem starts.  Because the Touch ID sensor is designed to secure the phone and its contents, the iPhone recognizes when a non-authorized replacement sensor is installed on the phone.

The installation itself does not cause any functionality issues with your phone and many report that the third-party Touch ID replacement cures all existing functionality issues with their iPhones.  The real problem arises when new programming in iOS9 recognizes the “unauthorized” touch ID sensor and shuts down the phone—according to Apple, as a security measure.  Typically, users discover this when they attempt to install iOS 9 on their iPhone 6 and 6s and receive the dreaded “Error 53” message, which “bricks” their phones.  “Brick” is industry slang for essentially turning your phone into a useless brick or a paperweight.  Many have reported that Apple is unable to fix their phones after Error 53 appears. 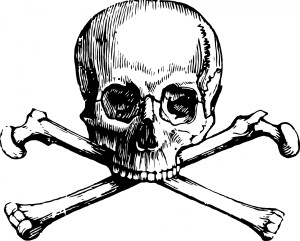 Some users are finding that they experience Error 53 issues even though they have not conducted any repairs to the phone.  The cause is speculated to be damage to the cable connecting the Touch ID sensor to the rest of the phone’s hardware, perhaps from a drop.

In any event, once Error 53 occurs, the iPhones stop working entirely.  Consumers are no longer able to access their contacts, e-mails, notes, photos, or videos.  For some, these personal files are lost forever and an up to $949 phone is rendered completely useless.

Apple does not warn users that downloading the latest iOS may brick their phones.  Many allege that Apple also does not provide adequate support to repair their phones once Error 53 has appeared.

Cafferty Clobes Meriwether & Sprengel LLP is investigating the Error 53 issue on behalf of United States consumers.  If you downloaded Apple’s new iOS and received an Error 53 notification, please contact us to investigate any potential claims you may have.