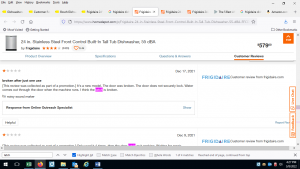 “This unit is absolute garbage. Do not buy it!! I never leave reviews unless its bad. I have had this machine for 1 month. Latch on door broke after 3 weeks. Mfctr came out and replace latch, it happened again after 7 days!! Does fridgidaire have any quality control? I want my money back.” 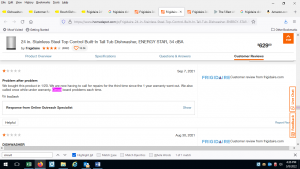 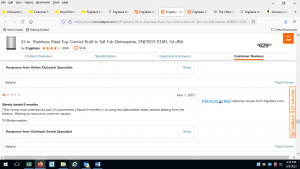 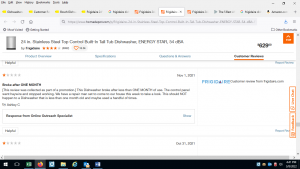 Frigidaire dishwasher control panels are notoriously fickle—requiring dishwasher owners to find just the “right spot” in hopes the button will work—and some homeowners claim the dishwasher’s control panel may be defective and tends to fail due to moisture intrusion. One consumer reported on a dedicated appliance website:

The previous owners of our home said the dishwasher worked fine for them, but it never has for us. It will do one load and does a great job. The green light by clean is on at the end of the cycle. When I try to do the next load, the dishwasher will not start when I push the start button. I have to turn the breaker off and back on. The lights will be flashing, I press clear and all lights go out. Then I can press start and it washes the load….

If you own a Frigidaire dishwasher that isn’t working due to a leak, or a defective motor, pump control panel or door latch and have been forced to undertake expensive repairs outside the warranty period, then you should consider contacting knowledgeable class action attorneys to discuss how to hold Frigidaire accountable. For its part, the national plaintiff’s firm Cafferty Clobes Meriwether & Sprengel is investigating Frigidaire’s defective dishwashers and would be happy to take your call and discuss potential claims.