Attorneys at Cafferty Clobes Meriwether & Sprengel LLP (“CCMS”) filed a class action lawsuit against Apple, Inc. on behalf of consumers who have been damaged by Apple’s perpetuation of, and profiting from, Apple App Store and iTunes gift card scams.

Scammers trick victims into purchasing App Store or iTunes gift cards and providing the codes on the back of the cards.  The scammers either resell the codes at a significant discount or use them to make purchases from the App Store or iTunes.  Regardless of who ultimately redeems the gift cards, Apple collects a 30% commission on all purchases made with the funds from fraudulently obtained gift cards.

Almost one-quarter of all gift card scams involve Apple gift cards. According to Federal Trade Commission (“FTC”) data, the estimated losses from victims who reported gift card scams exceeded $93.5 million for 2015-2019. Because many victims do not report to the FTC, the actual losses are likely much higher.  Even assuming one in ten reports to the FTC, victims could have lost as much as $935 million during this period, with Apple’s profits potentially exceeding $300 million. 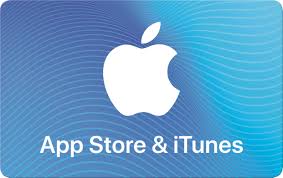 Frequently, scammers use the funds from the gift cards to purchase their own apps or to make purchases in apps that the scammers own and control. By using the funds to make purchases of or in their own apps, the scammers are able to turn the gift cards purchased by victims into U.S. Dollars, less Apple’s 30% commission. Scammers also have been reported selling the scammed gift card numbers online, in which case Apple still retains a 30% commission from the subsequent use of the stored value on the card in the App or iTunes stores.

Plaintiffs in the class action lawsuit filed by CCMS attorneys allege that Apple is capable of tracking the key points of the scam, particularly when consumers contact Apple with the gift card numbers. Apple knows when and where victims buy iTunes gift cards and the dollar amount because the retailer activates the gift card at the point of sale. Apple knows the Apple ID account onto which the gift card value is uploaded. Apple also knows where in the App or iTunes stores gift card funds are used. Approximately four weeks after the scammers use the gift cards to purchase their own apps, Apple pays the App or iTunes store product sellers their share of the proceeds, less Apple’s 30% commission.

Plaintiffs allege that Apple conceals its ability to track gift cards and stop the scammers from being paid.  When victims contact Apple regarding gift card scams and provide Apple with the code on the back of the cards, Apple tells them the gift cards have been redeemed and nothing can be done.   Plaintiffs allege, however, that if victims contact Apple within days or weeks, Apple can track the gift cards, stop payment to scammers, and return funds to the victim. At a minimum, Apple can return the 30% commission that it retains from all purchases made with fraudulently obtained gift cards to the victim.

Apple is well aware of the prevalence of gift card scams, and knows that its statements to scam victims are false, but refuses to disclose the truth or prevent the scams. Moreover, Apple profits from the scammers’ unlawful conduct.