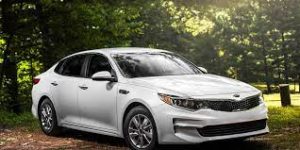 Now I am pissed. I just got in the car today and now the driver side front window will not go up or down. I am now four for four. This is crap, Kia. Two months ago I was singing the praises of Kia as I had never had a problem. Heck, I got my step son to buy 2 Kia’s as I had never had an issue. Now I am down 4 window regulators and 2200 to get fixed. This must have been a defective part and Kia should pay me back. To have all four window regulators go out within 35 days is simply a manufacturing flaw. KIA have you issued a recall for these cars or are others having to pay 2200 to get them fixed? Simply not right.

This exact thing has happened to my KIA Optima, starting at a few miles past 60K so I’ve been told it’s not covered by the warranty. Several mechanics have told me the window regulators in these cars do not last more than 4 years. I’ve filed a complaint with KIA but nothing has happened so far. This part needs to be recalled, but KIA has not done so. This is a safety issue, as my windows will not stay closed and constantly fall down when I’m driving. It will cost me around 3K to fix all four windows.

If you own a 2016 or 2017 Kia Optima or 2017 Kia Sportage and have been forced to pay for expensive repairs to replace one or more window regulators, then you should consider hiring an attorney to get your money back and hold Kia accountable. For its part, the national plaintiff’s firm Cafferty Clobes Meriwether & Sprengel is investigating the Optima and Sportage window regulator defect and would be happy to take your call to discuss how together we can secure relief for 2016 and 2017 Kia Optima and 2017 Kia Sportage owners.